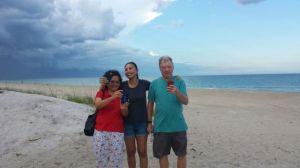 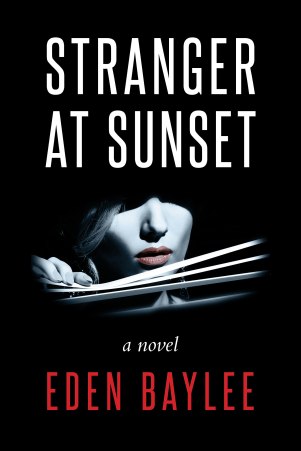 Our time in Thailand is almost over. My wife and I have been busy at the farm. My plan was to get back to Thailand and take it easy—best laid plans and all that. We’ve both had a great time and can’t decide if we’re excited to go back to the States or not. Time will tell. I’ve made up my mind that if things get crazy or my mind wanders then it’s back to Thailand for us. I may make my way back via sailboat.

My mind and body have been recharging and relaxing. That’s not how it had been in our nearly yearlong stay in the States, but I’ve made some decisions that will hopefully carry over when we return. One thing I did quite early in our visit is stop smoking. Notice I didn’t say quit. We’ll see how it goes in the States, but I’m in the right frame of mind now. 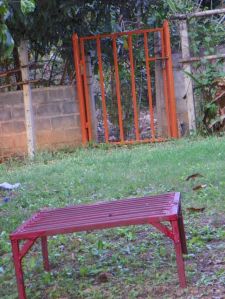 Two of my many projects

My wife and I are looking forward to getting back to the ocean and do some fishing. We have two small ponds on our farm where we raise fish. I enjoy watching my wife try and net some for supper, but being near the ocean is what I need.

Julee gathering supper and having fun

We’ve gotten along with Julee’s family better than we ever have before. I’m not sure if it’s the knowing we’ll be leaving again or we’re just so happy to visit family without the stress. It’s been fun. My brother-in-law is a hoot. He’s in his 70’s and I can’t keep up with him. His fashion sense is impeccable, as you can see from the photo( mine needs a bit of work).  He’ll be looking after things while we are away. We’ve given him a few acres to plant as thanks for helping out. We can’t stop him from working so we thought that letting him plant tapioca will do him good. Not too labor intensive, but just enough to keep you moving. And the profit is all his. He’s a happy man. 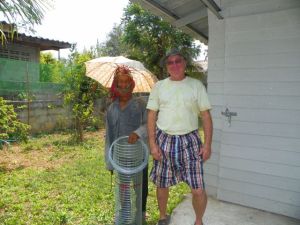 It will be good to get back to the high speed world so I can watch Youtube without waiting and of course fishing, working on my boat, looking for a sailboat, American TV, Mexican food and well, that’s about it.

Here’s just a few pics from our visit. Enjoy

Nephew and son helping out 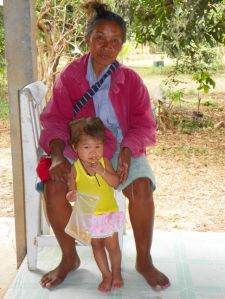 Niece and her grandchild 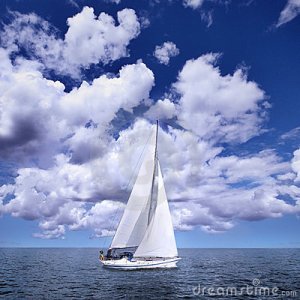